Skip to content
Long gone are the days where the overhead projector reigned supreme in the classroom. I still vividly remember venturing to the local office supply store to get my transparencies made for my lessons. After all, who would even think about direct instruction with the assistance of notes displayed on a screen instead of writing them all out in chalk?  On second thought, I did do that on occasion when I forgot to get transparencies made. Coming home after a fulfilling day of teaching with chalk all over my sleeves was like a badge of honor. I still wish I had a dry erase board, though.

The overhead projector began to fall out of favor in the early 2000s with advances in technology. In my case, it was replaced with a large television that I could now hook up directly to my computer to display my notes that were meticulously crafted in PowerPoint.  Some of you might be wondering why we didn’t have LCD projectors. Well, at this time, they were the shiny new tool on the block and quite expensive.  Over time the television sets that were placed on carts with wheels were phased out in favor of LCD projectors once the cost plummeted.  It should be noted that in both examples above, direct instruction was followed by some sort of student-centered learning activity.

Times have changed since I began teaching.  Display technology has not only evolved over the years, but it has now become much more interactive and less costly.  Districts and schools have started to replace standalone LCD projects with a variety of Interactive Whiteboards (IWB) such as Smart Boards, Promethean Panels, and an array of other touchscreen devices.  In many cases, every classroom is outfitted, as well as conference rooms and professional learning spaces.  Many of the devices even come with excellent software packages that can be used to increase student engagement.  When I ask teachers and administrators what support is needed to help them improve learning in the classroom, the IWB is a typical response.  No matter how many are purchased, the expense is significant. 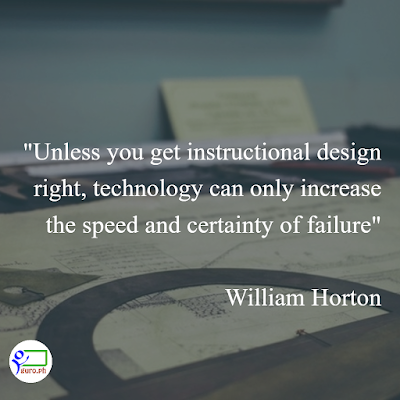 Herein lies the point of my post.  I shared my story about how both the overhead projector and television were used to support how I taught, not how my kids learned.  Does the way in which IWB’s are now used in classrooms differ? If not, then we can conclude that the decision to invest in them was not a wise one. In almost every classroom I have visited over the years, I have observed these devices being used as glorified overhead projectors.  The interactive capabilities are what differentiate these devices from any standalone projector.  Thus it is incumbent upon schools and educators to ensure they are used in ways that they were designed for. If not, then why waste precious funds? I reinforced this point in Digital Leadership.

Overall though, when it comes to the real benefit of IWB’s in the classroom it is what the learner, not the teacher, does with the device as means to better understand concepts. It is important that any piece of display technology does not become a glorified direct instruction or presentation tool.

The best use of an interactive whiteboard (IWB) is when learners are using it to actively apply, think, construct new knowledge, and collaborate. This represents a sound investment. The opposite can be said if it functions as a glorified overhead projector. #digilead pic.twitter.com/iJ8afKWb63

When and if IWB’s are purchased, there should be a clear vision for how they will be used in the classroom consisting of a balance between teacher and student use.  Just having one student use it during large group while the others watch just doesn’t cut it in my opinion. Professional learning opportunities need to go beyond just how to use the device and associated software to include strategies that empower students to use it as a learning tool.  Blended learning represents the best option in the form of station rotation, choice boards, and playlists. In each case, an activity can be designed to get kids using the IWB to collaborate, manipulate, solve problems, and create artifacts of learning.

Technology should be used in ways that represent a fundamental improvement over what has been done in the absence of it in the past.  A key consideration is how students will use it in ways to learn that they couldn’t without it. When it is all said and done, the value of IWB’s lies in the pedagogical strategies that empower our learners to actively use the device.