Skip to content
As a kid, my parents used to take me to professional baseball and hockey games all the time.  Even though I was an avid sports fan, I think I looked forward to the food and walking around the venue more than watching the sport that was being played.  Over time this changed, but as a kid eating junk food all day and not worrying about calories, sugar, or fat was the life. Herein lies my point. I vividly remember the food and atmosphere, but not the score of each game.  The same can be said for a variety of other experiences that have shaped my life and influenced my thinking over the years.

How often have you heard the saying, “Experience is the best teacher.” I used to hear that a lot, especially while growing up, and while I didn’t always appreciate it then, I now agree with it 100%. Although there are some experiences I wish I could have avoided due to the pain they caused, they’re still a part of my story. The innate beliefs we have about ourselves can be the driving force behind the decisions we make. Our experiences (good or bad) shape who we are. They become a part of us, a part of our story.

When it comes to school, what do students remember? In the short term, it might be grades. However, as the years pass, what was earned becomes a distant memory.  For the most part, I only remember the grades that I got in graduate school as I earned all A’s and one B. I don’t remember any of my marks from K-12, but do know that I was an above-average student.  What I do recollect are the amazing experiences that some of my teachers provided me in their classes that epitomize the many strategies and ideas presented in Uncommon Learning. 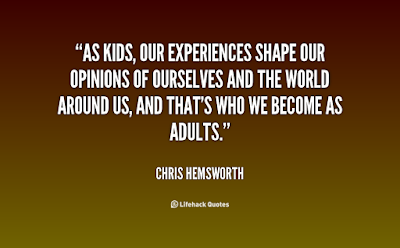 Mrs. Williams had us draw pictures in Kindergarten that depicted what we wanted to be when we grew up. At the time, I wanted to be a farmer.  In art, Mr. Wynn was one of the coolest teachers I ever had. Since I went to a K-8 school, I had him as a teacher for years.  Even though I was a horrible artist, he was always able to provide some sort of positive reinforcement. Mr. South had us evaluate how we would colonize Mars as 7th graders and then create prototypes of inventions that would help us get there.  Dr. Hynoski used humor and showed compassion in high school chemistry and anatomy.  I struggled to earn a good grade in both classes, but because of the classroom culture he created, I worked hard. I never had Mrs. McDonald or Mrs. O’Neil as teachers per se, but they were both student government advisors who were always willing to lend an open ear, whether it was school or personal related.

The teachers above, and many more, helped to mold me into the person I am today, not because of their grading practices but through the fantastic experiences they created for my classmates and me.  While grades might work for some students, they definitely don’t for all, especially those who:

The key takeaway here is that more often than not, it’s the engaging, relevant, meaningful, fun, awe-inspiring, practical, and empathetic experiences that kids will remember long after they have had a specific teacher or graduated. The result is the formation of relationships that serve students more than any letter or number ever will. For grades to really mean something, there has to be a deeper, more emotional connection beyond what is just seen on a report card or transcript. This is what learning can and should be.