“We build too many walls and not enough bridges.”
Sir Isaac Newton 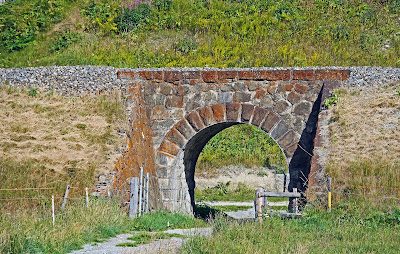 Lately, I’m reflecting on what I’d consider the biggest mistake from my teaching days: the manner in which I chose to perceive feedback. In hindsight, I deeply regret opportunities I’ve missed, to improve and to grow as an educator. And I think about learning from those mistakes and applying a different mindset, as a school leader.
Thematically, this idea of feedback has been weaved throughout numerous discussions I’ve had, both in and out of my school community. Given the body of work of Grant Wiggins, Jim Knight, Peter DeWitt, Douglas Fisher and Nancy Frey, and John Hattie, feedback matters.
What do we know about why feedback is important?
Feedback has a significant impact on learning.
Hattie’s work indicates that the hinge point of .4, yields a year of progress based on a year’s input in this area; feedback offered specific to a targeted goal supports an effect size of .75.
Feedback is a complex, but crucial progress loop.
Fisher and Frey present the components of feedback as feed up (clarify the goal), feed back (respond to the evidence), and feed forward (make adjustments and follow-up).
Feedback must be central to the observation process.
According to DeWitt, when a principal is willing to serve as an instructional coach, new learning should be a goal and an intended outcome, for both the teacher being observed and for the principal.
Feedback is goal-oriented.
Feedback is a learning catalyst.
According to the work on feedback as conducted by Wiggins, where the notion that “there is no time to give and use feedback”, it’s vital to keep in mind, feedback is that which causes learning.
Undeniably, each of these examples represent the bridges we can build in our schools today.

But not long ago, where there are now bridges, there were once walls.
As a teacher, I was expected to conduct formal observations, as part of fulfilling a contractual obligation. At one point, based on my years in teaching, I was considered a “veteran teacher”. One particular day, I was observed by a bright-eyed and bushy-tailed new administrator.
Let’s just say, I had my reservations.
This guy is going to come in and tell me how I was doing as a teacher? Right…
Seriously, come on now. Isn’t there a first-year teacher he can cut his administrative teeth on, instead of this veteran teacher?
This was not a healthy mindset for me to have as a teacher.
So I set to task: I pulled out my latest and greatest, dog and pony show.

I won’t forget the exchange he and I had. He came. He saw. He documented. And we scheduled to meet a few days later.
The period before our meeting, he hand-delivered my “write-up”: a stack of papers that included his notes on my teaching “performance” and an attached article about the benefits of using “H.O.T.S.” (i.e., Higher Order Thinking Skills) which he indicated, I should use when crafting questions in the future.
Our post-observation conference went something like this. We met in  his office. He elaborated on the research supporting H.O.T.S., citing that the level of questions I used was on the knowledge/comprehension end of Bloom’s Taxonomy. He referenced the article he provided, and encouraged me to use H.O.T.S. questions in future lessons. Unfortunately, this was where the conversation ended. I signed three copies, kept one, and filed it away with the others. I didn’t read the article and I never thought about it after that day.

In retrospect, all these years later, that is all I remember about this observation. No doubt, there was some potential for growth, and my failure to capitalize on well-intended feedback contributed to this missed learning opportunity. This experience changed how I prepare for and approach these types of encounters, now as a school leader.
Throughout my 20th Century teaching experience, when we as educators treated observations as “events”, it built up walls. A visiting administrator, whom was known in a limited capacity evaluated the teaching that occurred in a block of no more than 45 minutes. The mark of a successful host teacher was that, if the students appeared engaged, productive, and happy, the supervising administrator, in essence crossed the teacher off a list, and there would be no subsequent conversations or classroom visits to follow. Not pushing further, to understand, to seek a deeper understanding. That built walls.
As a self-assured, organized, and creative classroom teacher, why was it that I perceived the mission of being observed to be keeping someone away?
I had A LOT to learn.
As a school leader, I struggle to see how, a visiting administrator didn’t make ongoing feedback a priority, and central to our work together.
Today, in my role as a school building leader, I’ve chosen to shift my approach, carefully considering the following:
I’ve taken steps to re-commit myself to ensure history doesn’t repeat itself.
In hindsight, there were good days and bad days in my classroom, great lessons, average lessons, and bad lessons. Sometimes this was due to how I prepared, sometimes to how I implemented, and sometimes how I reflected on the relative success…or didn’t. And there were certainly points in a good lesson where it became a great lesson, and of course, a good lesson that suddenly went bad. And there was a pivotal point in these lessons when the shift occurred. Regrettably, I didn’t stop to consider when this happened and how to capitalize on it in future lessons.
Today, as a veteran school building leader, I strive to avoid acting the way I did as the teacher, making the same mistakes I perceived that administrator had made with me, as one of his teachers. I also make a concerted effort to avoid creating conditions in which “my teachers” feel they are in a position to defend information I am presenting to them about their classroom teaching.
How can school leaders begin to use an instructional coaching mindset to build a bridge for feedback?
1. Make the time.
2. Make it about us – working together – to achieve a goal.
3. Make it about getting better.
4. Make it about removing obstacles and bringing people together.
5. Make it about learning.

I’m not quite there yet. But deciding to build bridges where there were once walls has proven to be a significant first step to make a difference in the impact of feedback, on our students and on our schools.