Skip to content
“I like hitting fourth and I like the good batting average. But what I do everyday behind the plate is a lot more important because it touches so many more people and so many more aspects of the game.”
~ New York Yankees Captain, Thurman Munson
Leadership reveals itself in some of the most unexpected places.

The summer before fifth grade was a lonely, yet memorable summer. My family had just relocated from the outskirts of New York City to the suburbs of Long Island. In what seemed like an instant, I went from being a “city kid” playing “up the avenue” to being a Long Island “farm boy”. In my ten-year-old mind, I was abruptly converted from being a “City Mouse” to a “Country Mouse”. It was a complicated time for a kid.
At my mother’s daily urging, my June days were spent on my bike, exploring the neighborhood. One day in particular, I came to discover that the public library had a roving “Book Mobile”, driven by a library employee through my neighborhood in the lazy days of summer. As a boy on the cusp of adolescence, I was a sports fanatic. When it came to books and reading, the one genre that could capture and hold my attention was biographies and autobiographies of any and all sports figures, past or present.
Hopping on my bike, each week, I’d ride the two blocks to meet the Book Mobile. It always seemed to be filled with a wide array of books for me to peruse. That summer, thanks to an intuitive and caring librarian, I fell in love with reading, much like I had fallen in love with the game of baseball.
Baseball was my life, and reading about it wasn’t far behind. As a die-hard New York Yankees fan, one particular figure whose story caught and held my attention was that of Yankees catcher Thurman Munson. 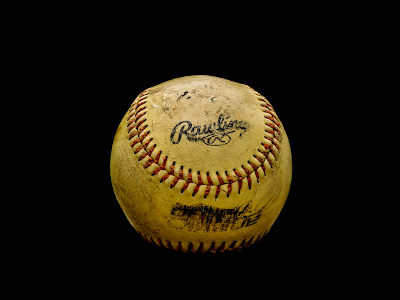 Nearly 30 years later, I found myself in a waiting area office, pacing in anticipation. As I tried to convince myself I wasn’t nervous, I couldn’t help but notice the array of Yankees paraphernalia neatly positioned on the shelves and walls, among them, a myriad of tributes to Thurman Munson. Seeing this brought me back to what I’d now consider a simpler time, settling my attention, and focusing me on a theme that often challenges me, as a now veteran educator: the fine line we walk between school management and school leadership.
Thurman Munson was a catcher, and a great one, at that. Over his 11 year playing career, tragically cut short when he was killed in a plane crash, he was a six-time All-Star, awarded three Gold Gloves, was named Rookie of the Year, and earned the Most Valuable Player award. The Yankees teams on which he played won three American League pennants and two World Series Championships. Widely known for his tenacity, his ability to make quick decisions, and his unapologetic leadership, this was undoubtedly why Munson was named New York Yankees Captain, eventually having his uniform number 15 retired.
His primary role and responsibility?
To catch the ball and throw it back to the pitcher.

As a school principal, I think about these qualities of Munson, his impact, and how they relate to the demands of a leadership position. While remembered for the championships, for the awards and the accolades, time forgets his primary role: being reliable and predictable, in the fundamentals aspects of his role. Being able to throw and catch a baseball is where Thurman Munson made his mark as Captain.
This walk down memory lane has led me to reflect on five personal-professional management questions that drive my responsibilities as a school leader:
1. Am I communicating effectively, fostering trust and opportunity for open and honest feedback?

2. Am I making the most of my time, placing a premium on collaboration and mutual support?
3. Am I maximizing my own professional learning, targeting where I need to improve?
4. Am I surrounding myself with role models, who drive me to my own brand of professional excellence?
5. Am I honoring relationships around me with those who make me a better leader for others?
Each of these questions relates to management, and in turn, leadership. When Thurman Munson, attended to the basic needs of his battery-mate on the pitcher’s mound, awaiting his return toss, trust grew. Leadership grows and influence expands when a firm commitment to mastering personal-professional management is made. This is where management meets and folds into the larger realm of leadership.
This leads me to wonder, in the experience of others:
Comments and feedback are invited…and welcomed!